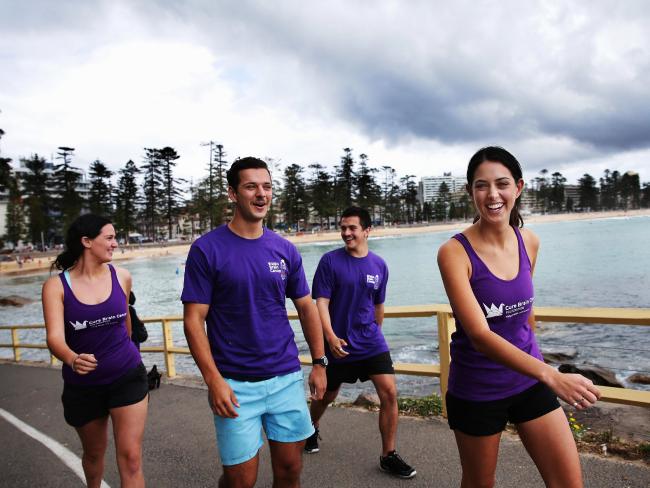 In September 2008 my Dad, Tony Lucas, was diagnosed with a brain tumour. I am the eldest of his four children. Over the course of three years we watched our Dad undergo two major brain surgeries, radiotherapy and multiple rounds of chemotherapy treatment. Before Dad’s second surgery, in October 2010, we were told that Dad’s tumour was tripling in size every sixteen hours. The surgery was successful, but it wasn’t a cure.  By the end of 2010, Dad’s tumour had progressed into a malignant Grade 4 glioma. We were told that there was nothing left to try medically – it was inoperable and could not be treated. After celebrating his 50th birthday, my Dad passed away on 4 June 2011, surrounded by his wife and four children.

“One of the lessons I learnt from Dad was that you can always do more than you think you can.”

He passionately believed in the work of Cure Brain Cancer Foundation and, whilst working as Managing Director of a company until late June 2010, he channelled what little energy he had into gaining support and raising awareness and funds for research.

When Dad lost his battle, I know that he was not ready to give up.  In awe of his passion to do more, I founded the Tony Lucas Research Grant to fund research projects within the framework of Cure Brain Cancer Foundation and held the first Beach Walk for Brain Cancer in November 2011. In that first year 800 supporters took part raising $80,000. Last year, the event attracted 1000 walkers and raised almost $100,000.

In 2013 our highest fundraisers, Christine and Kirstey, travelled from Wollongong and raised more than $20,000 in memory of their best friend Cassandra Nascimento. Cassandra lost her battle with brain cancer just three weeks prior to the walk, aged 19. The girls walked alongside Rosalyn Manno, our highest fundraiser in 2012, who had travelled from Melbourne with her team of Sammy’s Angels in memory of her husband Sam.

So, this year, get to your feet and help change the world for people living with brain cancer.

Join the movement »
« How Walk4BrainCancer is saving lives