In July 2018 I was recovering from a bout of pneumonia. It’d been a relatively nasty season for pneumonia, but I had tolerated the illness well. I hadn’t required a hospital stay or any time out from the normal hubbub of life with my two kids under five and my full-time job. But something wasn’t right.

My GP was convinced my persistent headache was the result of the pneumonia, but for some reason none of the antibiotics I’d been taking were making any difference to the pain, particularly early in the mornings. After several discussions with my GP we decided to do a CT scan.

Generally, the staff at imaging clinics are reasonably good at keeping a straight face, not giving too much away – but when the staff asked me to stay after the CT scan for an MRI, I knew something was wrong. When pressed on why I would need an MRI for sinusitis, the nurse at the imaging clinic just said, “I can’t tell you, but you need to stay.”

The results of the MRI showed a large brain tumour. Two weeks later, in early August 2018, I underwent a subtotal resection that removed approximately 30% of the tumour. Pathology revealed a stage II diffuse astrocytoma. 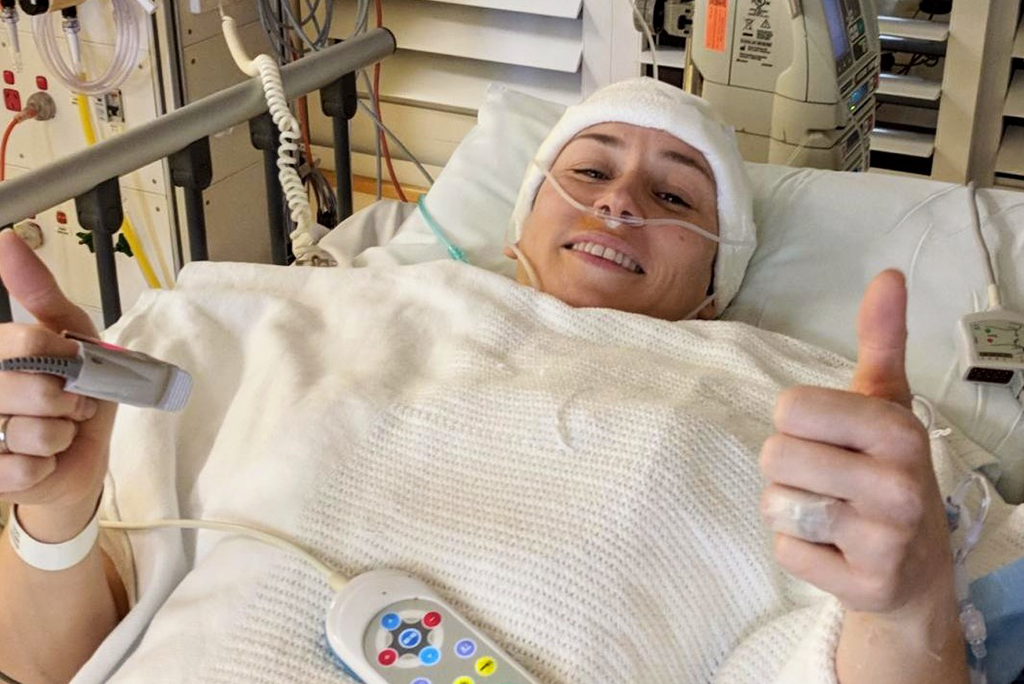 Unlike so many other cancers, there has been little to no improvement in treatment options for brain cancer patients. This year marks the 51st year since the moon landing. A remarkable feat of human ingenuity and the result of incredible perseverance. But a lesser known fact is that a full seven years before Neil Armstrong took those famous steps for man and humanity, his two-year-old daughter, Karen, died of brain cancer. Unbelievably, in the 56 years since Armstrong’s daughter passed away there has been no material advancement in treatment for this kind of brain cancer.

More broadly, brain cancer survival rates have remained virtually unchanged since the 1980s, with most patients dying within just a few years of diagnosis. Today, brain cancer kills more children than any other disease and more adults under 40 than any other cancer. It hits young adults in their most productive years and the outcomes associated with the disease are debilitating and often don’t just impact the patient, but have ongoing implications for their families.

My family and I have been participating in the annual Walk4BrainCancer for three years now. This year I will be walking with my husband, my two children and my parents. We are desperate to help scientists and doctors find a cure, not just for me, but for all the families that are impacted by brain cancer.