Prior to her diagnosis, 21-year old Jessica Giczey was fulfilling a childhood dream, working at Disneyworld, the happiest place in the world, for a well-earned break from studying her master’s in tax law at UWA. A few months into the six-month program, Jess started to feel unwell. 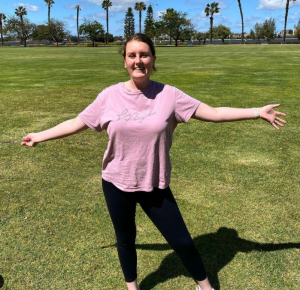 “I was vomiting, I was tired all the time. My hearing and eyesight started getting really dim which was probably the scariest part. I thought it was just stress because money was tight. I was on $10/hour and feeling very homesick. But I was 21 and in a foreign environment so there were so many excuses for why I was feeling that way.”

Arriving back in Australia, Jess’ symptoms started to worsen.

“You have to sign a declaration form and my handwriting was atrocious. My coordination was gone. This was the point when [my partner] Kilian started getting really concerned. We walked out the gates and my parents were picking us up, but I couldn’t see them – they were right in front of me and I couldn’t see them.”

Jess booked an appointment with her GP the next morning.

“I thought I’m just going to get some antibiotics and I’ll be fine. Kilian came into the appointment with me because as my doctor is speaking to me across the desk, he’s having to retell it literally straight into my ear.”

Concerned with Jess’ symptoms, her doctor sent her straight to the hospital for an MRI. “This is the part I don’t really remember because it all happened so fast. My head was so unwell that I didn’t have a feeling. They talk about brain fog, it was very much like that. I didn’t think it was anything serious.” After a scan revealed a mass on Jess’ brain, she was sent for surgery where they took a biopsy and put a shunt in.

“That Saturday my parents, Kilian, and I went into the hospital to found out the results. My surgeon said it’s Stage 4 Glioblastoma. Mum and Dad start crying and we just kind of had a family breakdown. At this point, the tumor is the size of my fist and was right at the top of my brain stem so it was too dangerous to operate.”

After a relatively healthy year cancer-wise in 2020, new symptoms began to reveal themselves in 2021.

“On May 20th, 2021, I had a severe migraine. I was cooking dinner and I started getting numbness in my hands and twitching around my mouth. I started getting upset and overwhelmed and when Kilian came to check on me, I physically couldn’t speak. I knew something wasn’t right.”

An MRI found a second tumor sitting below her first. Then, while putting together a plan for treating that tumor, the radiologist noticed another blip on the scan. Jess was sent for another MRI, this time on her spine.

Devastatingly for Jess and her family, more tumors showed up on her spine, too many to do radiation on. 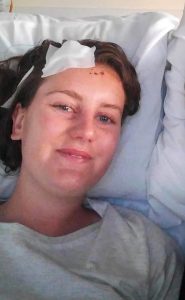 Despite the latest prognosis, Jess has an incredible attitude, donating her time and energy whenever she can to bring attention to the cause.

“I’m very lucky to have so many people around me to keep me going. The days I don’t want to get out of bed for myself, I do it for them. I don’t want it to be for nothing.” “The statistics for brain cancer aren’t great, so assuming I don’t have long to live I don’t want it to be ‘cancer killed her’. It’s going to be Jess had cancer and look what she did with it, rather than look what it did to her.”

When Jess was asked about what it meant to see people fundraising and walking for brain cancer, she choked up.

“I can’t put it into words, that’s literally my life. There’s a whole community out there that I don’t even know who are literally raising money so that people stay alive. After the 18 months we’ve all had, that’s our human spirit coming through.”

Why Matt is Walking4BrainCancer »
« Thank you 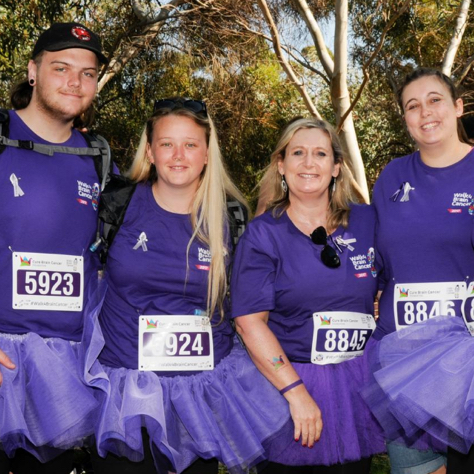