“Unless someone like you cares a whole awful lot, nothing is going to get better. It’s not.” 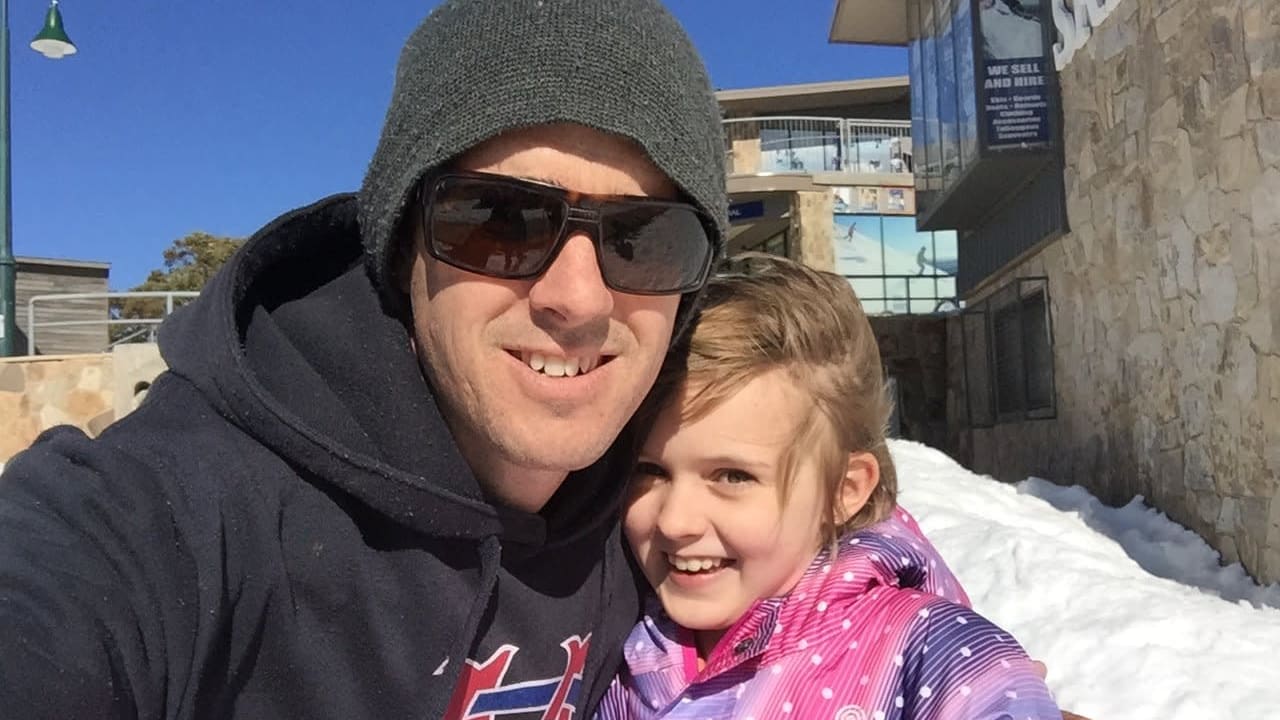 Dustin and his daughter, Chloe

Imagine this; Your five-year-old child complains of pain in her back. You think it’s probably nothing, but after it goes on for a few days you take her to the GP, who can’t see what’s causing it.  It only gets worse, and after a stay in the local hospital you find yourself in the children’s hospital where the diagnosis of a spinal tumour is soon made.

Difficult conversations are had, and treatment quickly begins – chemotherapy for eighteen months.  She is well for a short while after treatment, before she starts having seizures and severe headaches, which prompts an MRI and the discovery of a brain tumour.

Over the next four years your family lives at the hospital most of the time. It becomes your life. Nothing else matters, even your other children. They’re not given the attention they should. And forget about yourself and your partner.  You watch your child suffer through the symptoms of the disease, with treatments that are just as bad.

You, your child, your family – you all go through this. Then, one day, you have the unbearable task of telling two of your young children that their sister is going to die and nothing can be done to save her.

Ok, you tried, but it’s impossible to imagine what it’s really like. And sadly, this is not an imaginary story. This happened to my family. And it continues to happen. There are families living through this right now.

We must do something about this, and we need to do it now. Cure Brain Cancer Foundation is trying, I’m trying.  Sometimes it’s easier not to think about it – to just forget about it and hope someone else does something. But I can’t.

I remember one night in April 2017, speaking to someone from Cure Brain Cancer Foundation, just talking about the terrible situation we were in. They explained a lot of unfortunate facts to me about brain cancer survival and the inadequate effort being made by many to improve it. I then saw the size of the barrier inhibiting progress, but I didn’t have the energy to act on it.

I was sitting on the couch later that night watching The Lorax with the kids (great movie), and something happened that made me act. Ted, the protagonist of the story, goes to visit the Once-ler to find out how he can find a tree to bring them back and make the world better. Ted gets what he wants. He is given the seed of a truffula tree, which is great. But it was what the remorseful Once-ler said to Ted that affected me;

“Unless someone like you cares a whole awful lot, nothing is going to get better.  It’s not.” 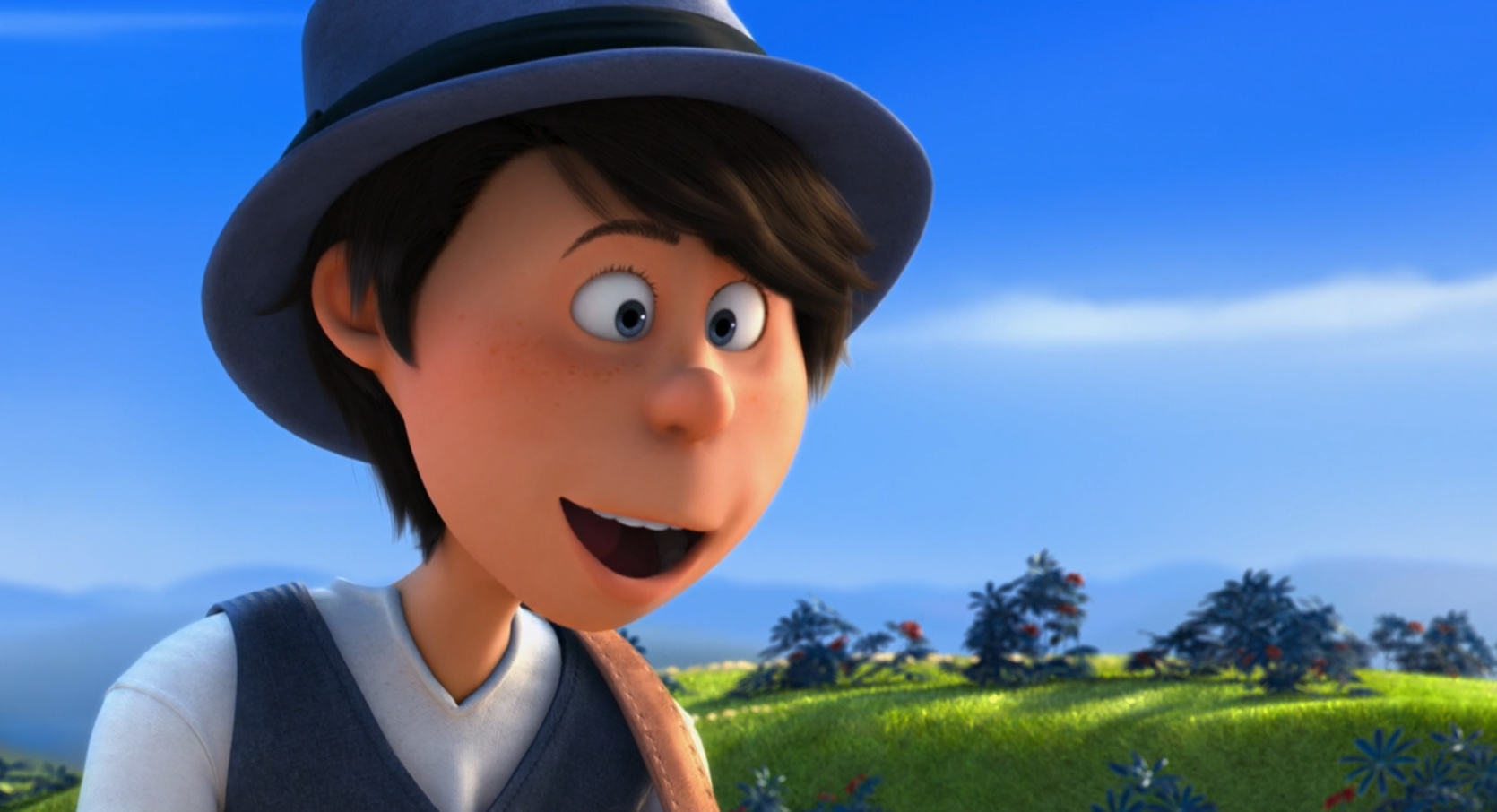 I teamed up with Cure Brain Cancer Foundation to approach the Prime Minister and Federal Health Minister to demand they do better. This catalyzed the development of the Australian Brain Cancer Mission – a $124 million, government-backed national plan to double brain cancer survival and improve patients’ quality of life. And more.

We are making progress, there is no doubt about that. Survival hasn’t increased as fast as we need and desperately want, but there is progress all the same. We are constantly learning.

Saying that a problem like brain cancer is hard to solve doesn’t mean it won’t be solved. It just means it’s difficult. But we will do it. The only way we can do this is with new ideas. And it may only take one new idea to reveal a whole new way of thinking about brain cancer – exciting new hope and possibilities.

Regardless of the speed of progress, I believe we will stop this suffering eventually, and we will cure brain cancer, at some point. The pessimist might well ask, “How is that reasonable or logical to believe, given that survival rates have barely improved in more than thirty years?” To them I say the accumulation of knowledge and information is progress toward that end, and we are accumulating a lot of it! We are gaining a better understanding of cell biology, of immunotherapies and the engineering of our own immune cells to follow our orders.  We’re learning more about DNA and gene transcription and expression, of the secretion of particular proteins by genes that contribute to cancer cell proliferation, and so much more. I recently watched a presentation by leading Australian researcher, Dr Misty Jenkins, on CAR-T cells, which included stop motion video of her work, that looked like something from a Sci-fi movie. This is the kind of innovation that give me hope.

This is all great research, but we need to accelerate it and increase its volume. That’s how events, like Walk4BrainCancer really help. Walk4BrainCancer raises the funds we desperately need to help find new and innovative treatments. But make no mistake – we are all responsible for this, and we must each do everything possible to support this effort.

I am an optimist. I wake up every morning expecting that each day will be better than the one it followed. But it won’t just happen out of expectation, we must force the future to be better, and to me that means a cure for brain cancer, which together we will make reality.

“The possibilities that lie in the future are infinite.  When I say, ‘It’s our duty to remain optimists,’ this includes not only the openness of the future, but also that which all of us contribute to it by everything we do: we are all responsible for what the future holds in store.  Thus, it is our duty, not to prophesy evil but, rather, to fight for a better world.” – Karl Popper, The Myth of the Framework (1994)

Why does brain cancer kill more children than any other disease? »
« Join us at Walk4BrainCancer 2019