Brain cancer…a journey I would not wish on anyone. My story isn’t unique but hopefully by sharing it, we can raise awareness, understanding and the funds needed for patients, carers and their families. 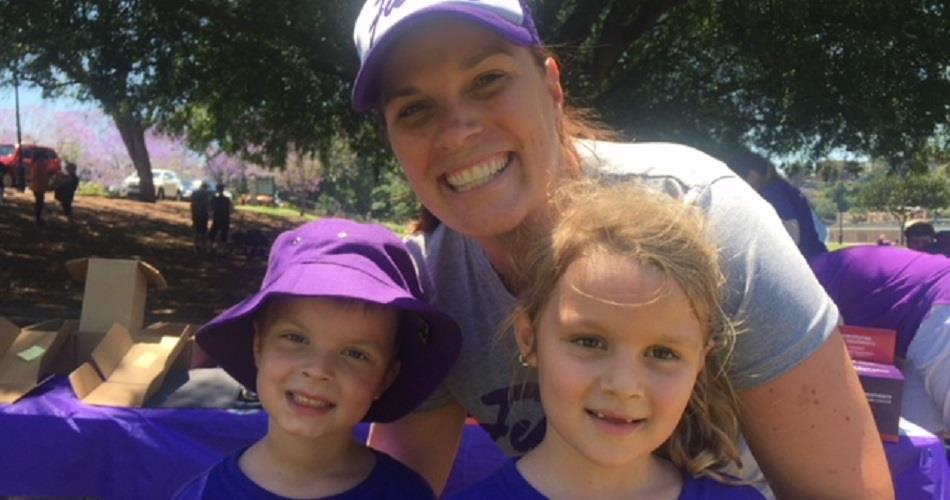 My Dad had just turned 65 and started to experience headaches. On 26 May 2015, he called to let me know a 6cm tumour had been found in his brain and he needed to go to Brisbane to discuss his options. This was one of the most heart wrenching phone calls I had received and as I curled into a ball on the kitchen floor in disbelief, I just didn’t know how I was going to continue. My dad was invincible, he was my hero and he was a rock to so many. This just doesn’t happen to amazing people! But, as we know cancer can happen to anyone.

On 1 June 2015, Dad was told he had the worst type of cancer you could get- Stage IV Brain Cancer. Only one out of 10 survive past five years. His surgeon advised him he could leave the tumour without surgery and he may have 4 weeks or try treatment and possibly get up to 12 months. This disease is a monster and we have no cure.

This was the start of the worst rollercoaster ride for Dad and my family. Dad chose surgery and as he lay in bed he told me he would fight as hard as he could as long as I was by his side. Dad and I believed we could beat this. He spent two weeks in hospital and then home for eight weeks to rest before starting intensive radium and chemotherapy treatment for 6 weeks.

Dad, being the man he was, skipped through this treatment like a walk in the park and was such a positive role model to others with cancer. Dad was coping, but Mum was not. At the end of Dad’s first treatment, we checked my mother into hospital and she received some intensive mental health treatment. Mum was so overcome with fear and anxiety that she was unable to function normally and definitely was unable to care for Dad. Again, for this type of cancer, the oncologist was not surprised to learn Mum had developed psychosis and depression.

Once they were both home, we experienced a few months of quality for both of them and Mum was back caring for Dad full-time. We had a beautiful Christmas and Dad was able to see family and relax. However, the tables turned yet again in January 2016 and the initial tumour was on the move. Dad started with the next bag of tricks, which was $5,200 per treatment because it wasn’t listed on the PBS. We were very lucky money was not a limiting factor in treatment options.

Dad had the foresight to make sure they had access to money when he was first diagnosed. The following month saw a dramatic decline in his health and in late February 2016, his local GP was looking at placing him into hospice. However, by some miracle and within one week, we saw him go from completely bed ridden, incontinent, unable to feed himself to up and out of bed and driving the car around on the farm. Yay we did it, we thought Dad was cured!

For Mother’s Day, we had arranged to go to their house to cook my Mum dinner. While we were sitting there, I noticed Dad’s behaviour was a little different and when we tried to move him it took three of us to get him to the lounge. Dad was like he had had a stroke and from then we knew things were serious.

On 26 May 2016, exactly 12 months from the initial scan, they found he now had three tumours. The oncologist advised that it wasn’t really humane to continue any treatment. I sat down with him to discuss his options as I had organised an appointment with the amazing Dr Charlie Teo because I still had hope, but he asked that we stop. He said he just couldn’t do it anymore.

Dad knew everyone would be ok and that it was ok for him to leave.

On the 5 June 2016, not long after crawling into bed with him and rubbing his head, he took his last breath and I lost my beautiful father.

53 weeks is all it took to take a confident upstanding man who was able to put magic into your life.

53 weeks is longer than most people get. It was an honour to be by his side through all of this and was something little I could do for a man who gave me everything.

This experience has changed me. I have learnt you can’t take things for granted, to fight for what you love, to ask for help, and to make sure you’re heard. I’ve also learnt that family can become strangers, and strangers can become friends.

Since we have met this dreadful beast our family has been involved in fundraising in our local community, Toowoomba. We are coming up to our fourth Walk4BrainCancer Toowoomba on Sunday 14 October and successfully held a family fun day in February this year called ‘Pig Day Out’.

The walk is very special to me, as my father was there by my side on the first year and we had always talked about organising a family fun day. Unfortunately, dad had to take prime position for Pig Day Out and I’m sure, like the rest of the community, he had a blast watching this unique day.

I know that Dad was one for always helping others and that he would be as proud as punch for his legacy to live on.

How Tracey is playing her part in the fight against brain cancer.